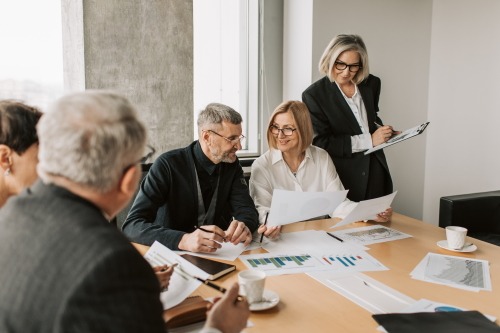 According to a bill proposing to amend the Tax Procedure Code, currently being debated in the Senate, two major changes are proposed regarding the interest rates for the amounts that the A.N.A.F. must pay to taxpayers.

These would shorten the time it takes for a taxpayer to collect interest from the state.

According to the draft currently under debate, firstly, it is proposed that interest should be paid automatically, not on request. The interest rate is 0.02% for each day of delay.

“For amounts to be refunded or reimbursed from the budget, the taxpayer/payer is entitled to interest from the day following the expiry of the period provided for in Article 168 paragraph (4) or Article 77, as the case may be, until the date of settlement by any of the methods provided for by law. Interest shall be granted ex officio”, the document states.

The first provision refers to the differences resulting from the annual regularisation of the income tax due by individuals (deadline: 60 days from the communication of the tax decision) and to the amounts collected in excess by distraint (deadline: five working days from collection). The second provision concerns the settlement of taxpayer’s claims (time limit: 45 days from the registration of the claim, but this may be extended in certain cases). However, companies are entitled to interest even on debts paid on the basis of tax documents that have subsequently been cancelled.

In addition, it is proposed that, in the event of refusal, interest can be claimed directly in court, without the need for a prior tax appeal:

“The taxpayer’s/payer’s right to claim interest provided for in this article through the courts shall be time-barred within 5 years”.

According to the initiators, the two measures aim to put the taxpayer on an equal footing with the authorities and shorten the time needed to obtain interest: “Thus, in order to put the state and the taxpayer on an equal footing, we believe that interest should be granted ex officio, and if the tax authority refuses to grant interest, it should go to court, without having to file a tax appeal and wait a long time for the decision to resolve the appeal. “